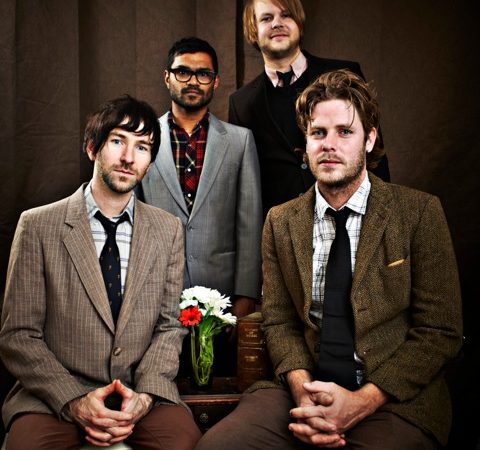 Whether you’re into music that is gritty and artistically sound, or are just seeking a soundtrack for dancing commando in slow motion, The Corner delivers. In contrast to the raw simplicity typical to local indie rock, this Toronto-based band of four curates carefully produced, multidimensional compositions reminiscent of early Radiohead.

“A year ago/you were a ghost inside my head/A year from now/you’ll be a ghost to me again.” (Lyric from “You’ll Be a Ghost”)

Each of the five tracks on the yet-unreleased debut EP explores a different introspective theme, from self-evaluation to personal relationships and interactions, in a poetically vague, unpretentious manner. The Corner’s meditative lyrics and matching vocals engage the listener’s emotions while the music steers those emotions into a vortex of unpredictable yet subtle momentum.

After spending nearly a year recording these tracks, which were mastered by John Drew (Fucked Up, Tokyo Police Club), The Corner is armed and ready to bring the same energy that fuels their craft to cities across the province, with plans to begin touring in early 2012.