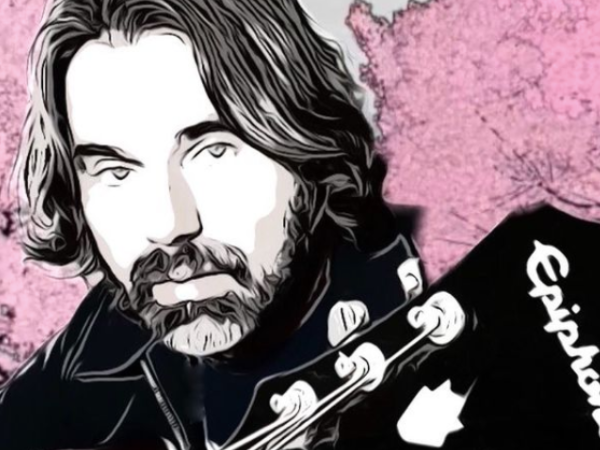 “In the darkest nights, stars shine the brightest; The Foreign Films create stargazing melodies to illuminate the heart”

Bill Majoros is a Canadian singer/ songwriter/ multi-instrumentalist who releases music under the name of The Foreign Films.

Majoros has played hundreds of shows spanning North America and the UK, from infamous clubs such as CBGB’s in NYC and The Legendary Cavern Club in Liverpool (of Beatles fame), to packed stadium shows and festivals supporting many well-known artists.

A native of Hamilton Ontario, Majoros has been nominated for and received several prestigious Canadian music awards.

Under the name The Foreign Films, he has released five critically acclaimed studio albums and an EP, including an elaborate triple vinyl box set “The Record Collector.”

“Ocean Moon,” topped indie charts on over 60 stations internationally, and earned a spot on “The Best of the Year” on Little Steven’s Underground Garage, Sirius XM (Bill Kelly show).

Blogs and magazines were also very kind, with both “The Record Collector 3LP set” and the “Ocean Moon” LP having been honoured with top spots and raving reviews.

Bill Majoros, aka The Foreign Films, continues his musical journey with the upcoming release of “Magic Shadows,” a follow-up LP to “Starlight Serenade” that blends classic and creative elements to reimagine the sonic future; musical retro-futurism.

The album aims for even greater heights, creating dazzling songs that sparkle in a galaxy of sound. Look for the album wherever you find music on January 13, 2023.